Mahatma Gandhi and his last stage in Delhi

On Tuesday, 30th of August the class 3 and 4 was visiting the Gandhi Museum in reference to the Indian General Studies subject.

Gandhi was around 79 when he lived in the location today named Gandhi Smriti.
First he lived in Africa, then he came to India.
There have been many informations about his life in Hindi and English. One received the information that Gandhi as young lawyer has been thrown out oft he train, although he had a ticket.
The most interesting is, that one could visit the exact spot, where Gandhi has been shot on the 30th of January 1948. He also has lived in these houses oft he museum the last five months of his life.
The visitors can see his glasses, his watch, his original walking stick and where he slept.
That is where he also produced clothing with his spinning wheel.
On the upper floor the museum has a lot of interacting offers. One could blow into a water fountain and receive a message, the children had to hold their hands and touch two contacts on the floor, then there came a ray of light on a column: together we are strong.
Many boxes have been installed with puppets, that explained and told the life story of Gandhi.
What impressed most was certainly his message: all men are (created) equal.
Gandhi´s Ashram produces cloths even today, that are being sold. Furthermore one could buy spinning wheels and other symbols and even printed books that Gandhi has written himself.
All in all the class 3 and 4 liked the visit a lot and would be happy to visit the museum again.

Aryan, Katharina, Anthony with support of the teacher 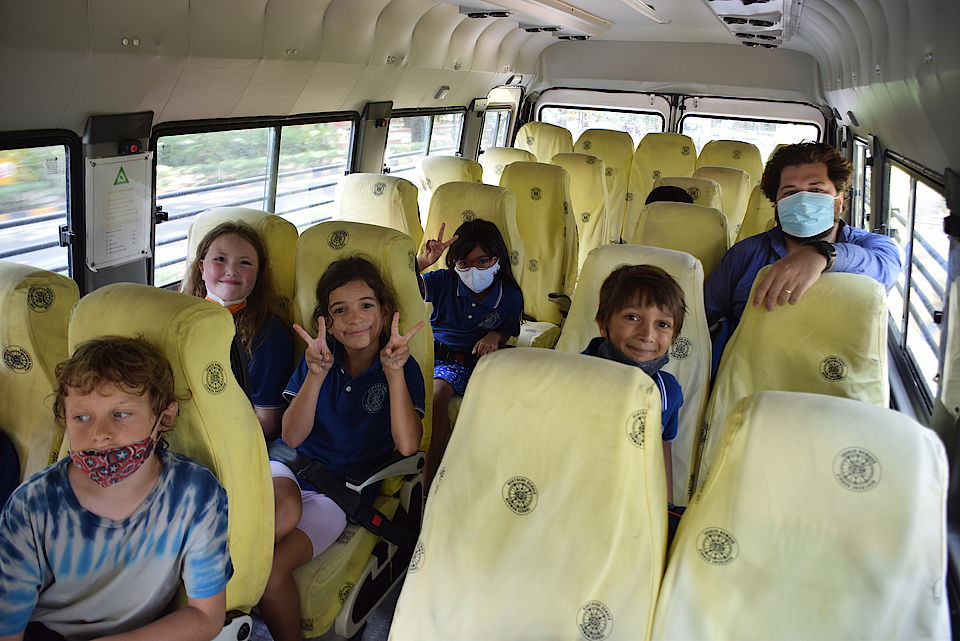 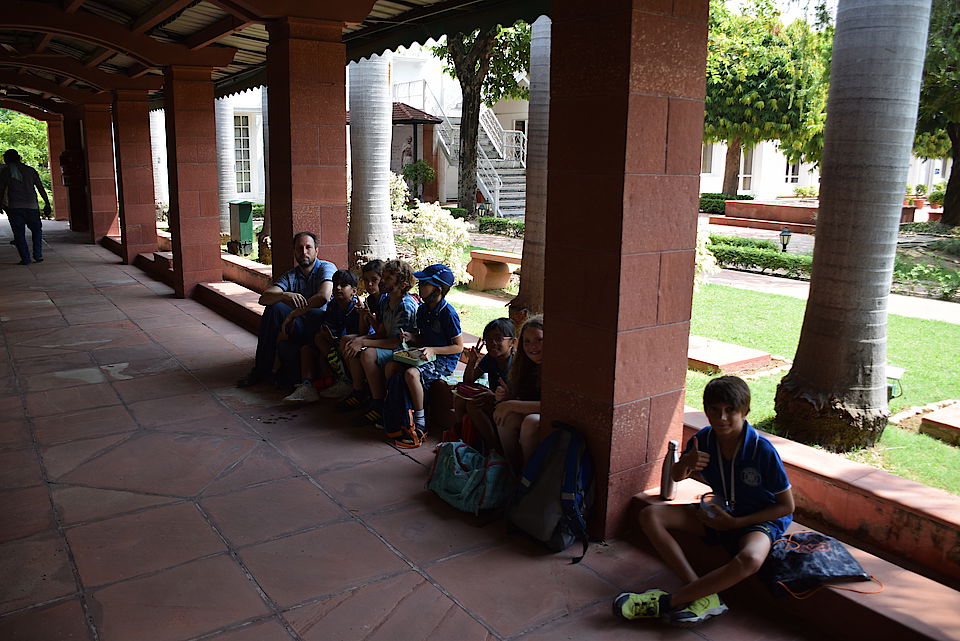 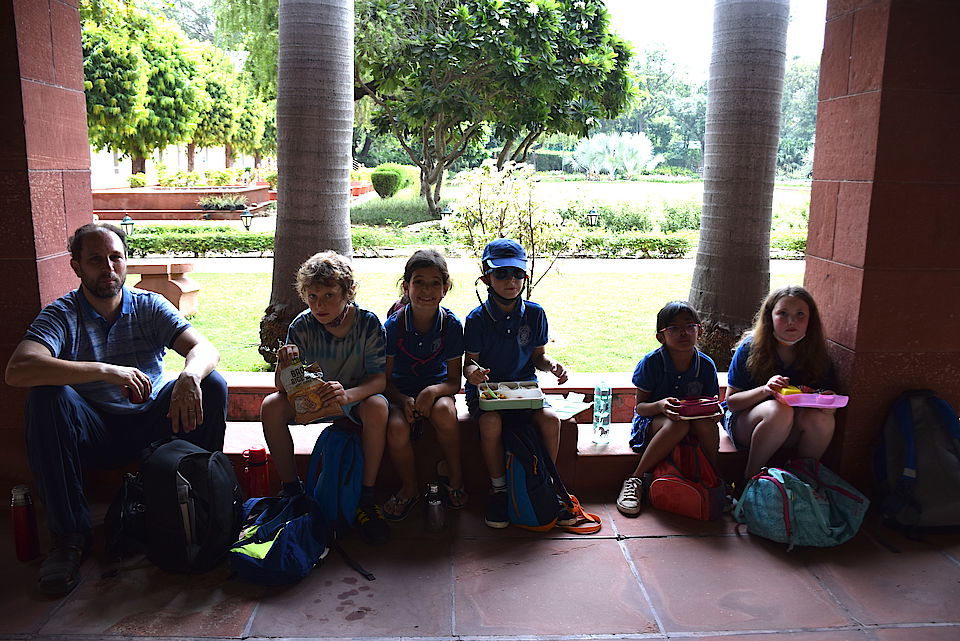 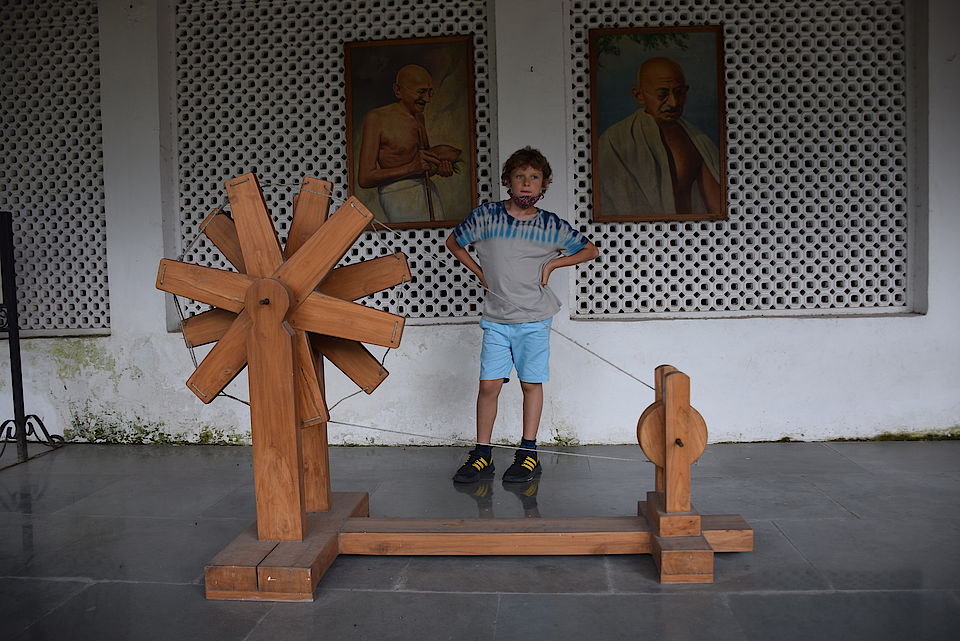 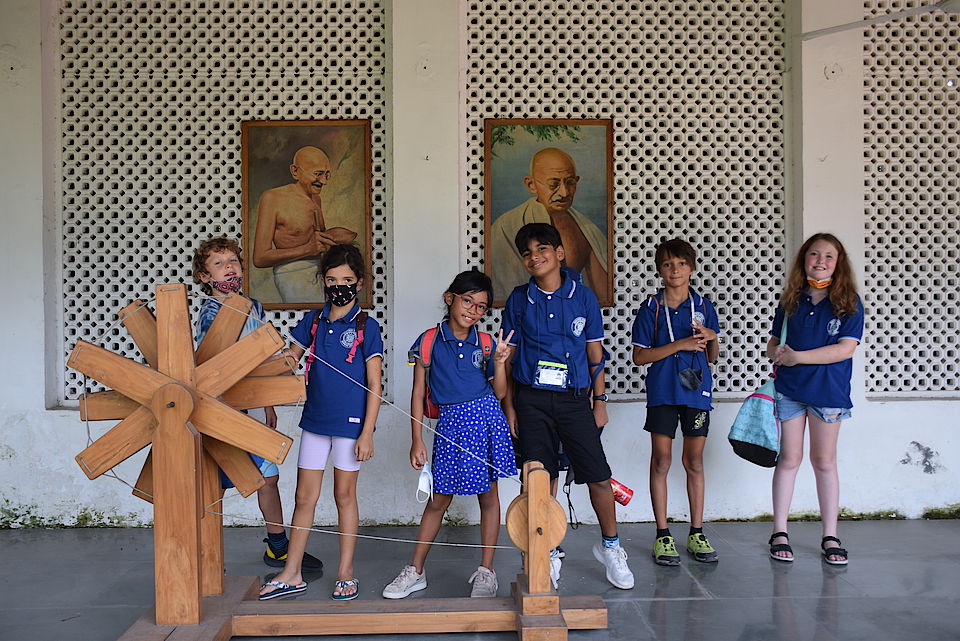 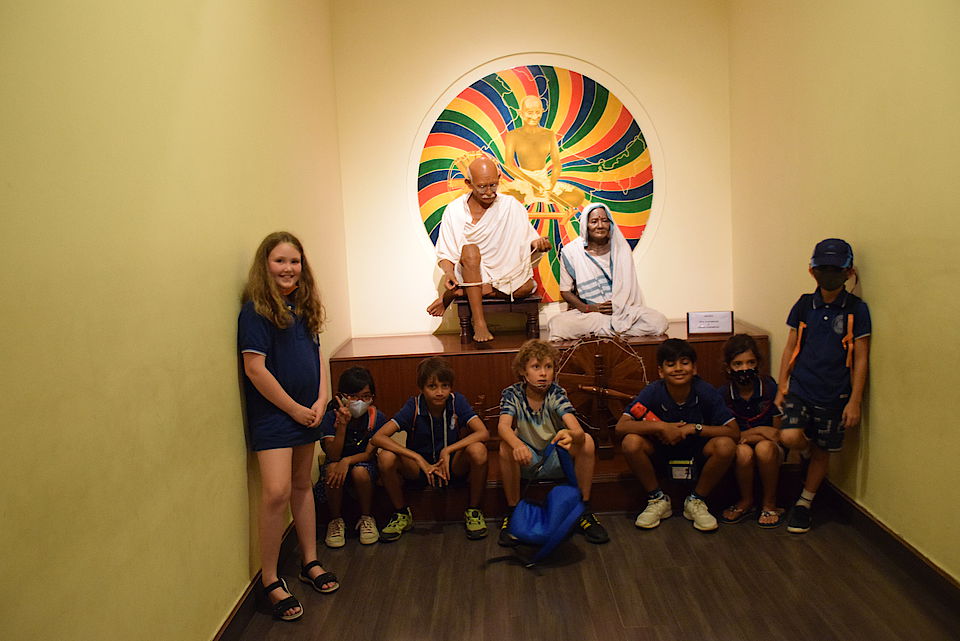 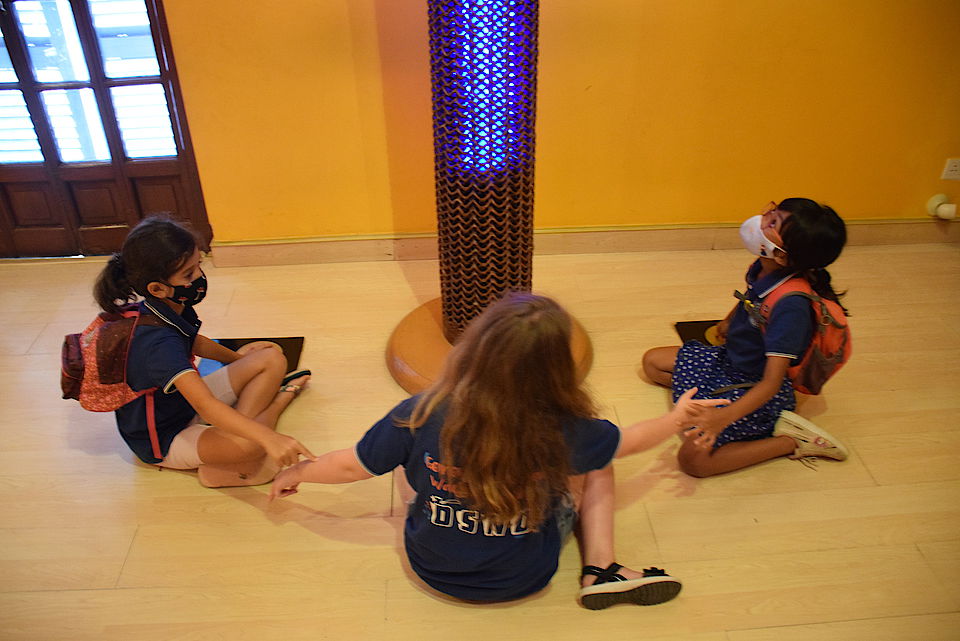 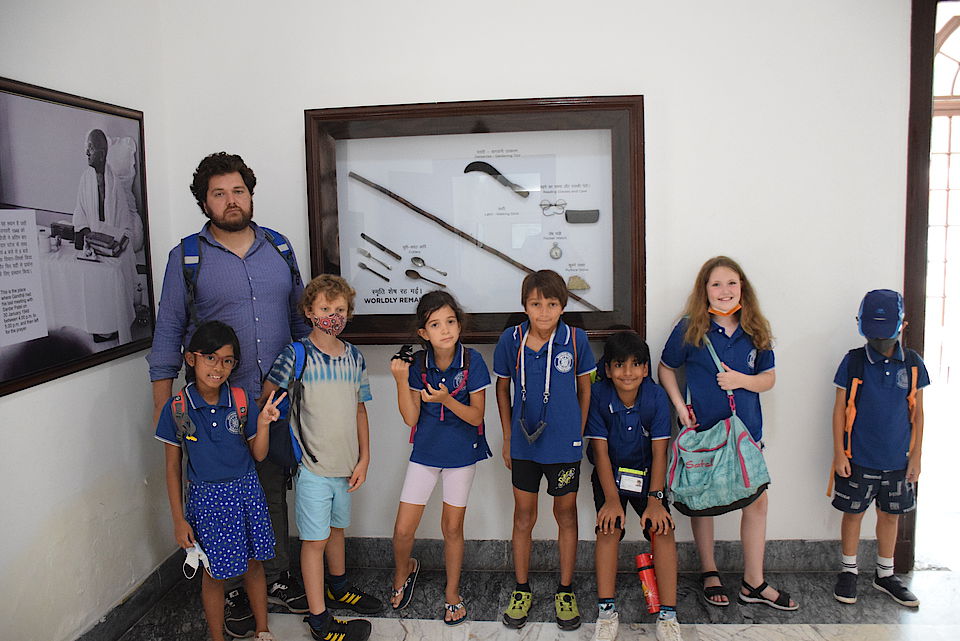