On the 26th of March we could – after two years due to Corona – finally celebrate our school festival. The theme of this year was: “Typically German?”

But what does that really mean, “typically German”? Does the typical German “thing” really exist?

Is it the famous beer and white sausage and Dirndl or the punctuality, certain car brands or is it the German relaxed way of life or is it master Beethoven? Or is it the northern German greeting “moin” and its reply “moin-moin”…?

Our students have created “typical German” rooms for the theme of this year’s school festival, which everyone was warmly invited to visit.

For example, there were fairy tales of the brothers Grimm that could be reenacted, or German (Austrian and German Swiss) board games could be played in a relaxed atmosphere. Spätzle, traditional noodles from Schwaben could be tasted, the preparation could be done by the participants. Some classes had prepared different quizzes on general knowledge of the country, German dialects, etc. There were rewards, too, of course. For the enjoyment of all there were tossing cans and a parcours for the small ones, like in a German “Kirmes”, a fair that offers many games and activities. Everyone was a winner in these games!

Of course, there was the introducing speech by Mrs Kulow, our principal. In addition, special achievements of students were praised and rewarded. And the national anthem was sung, accompanied by violin and cello.  Suddenly, everyone was dancing, everyone was moving to the famous dance “Jerusalema”. This dance has moved a lot and many!

After coffee and cake, some of the CCAs could be admired. The Theater AG, the Yoga AG, the Parcours AG and the Taekwondo AG were part of the presentation and received a lot of applause. White, yellow, green and bluegreen belts wherever you looked.

The evening was concluded – marvelously – by the students’ school band and the teachers-parents’ band that mainly presented German songs of the 80s.

The main court, where the function took place, had been decorated with many elements and details, which keen-eyed visitors were quick to discover: Or didn´t you see Snowhite or Beethoven…?

It was great to be back together with the school community and we hope that this very successful event was only the start of a new festival season. 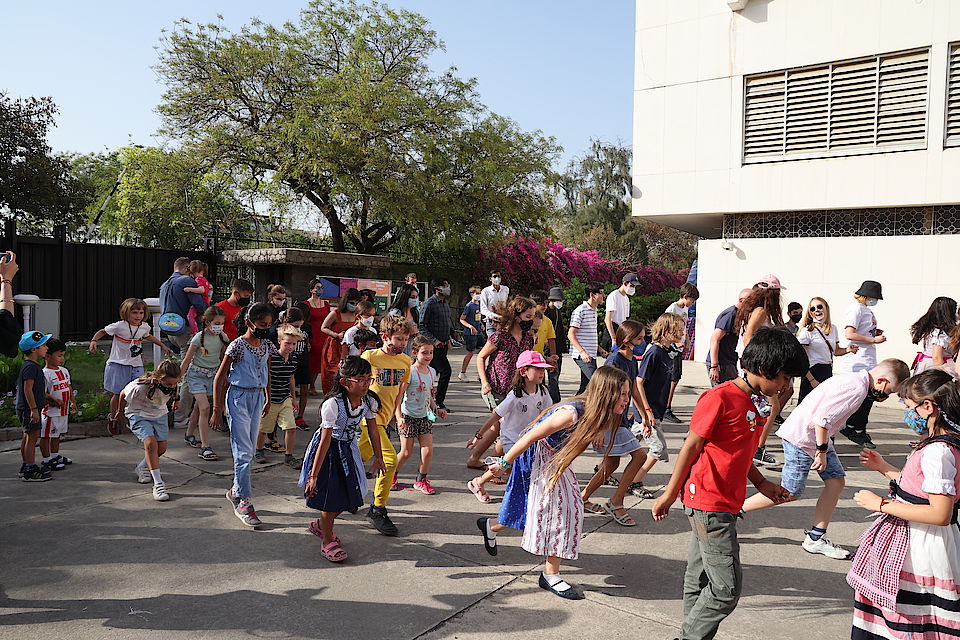 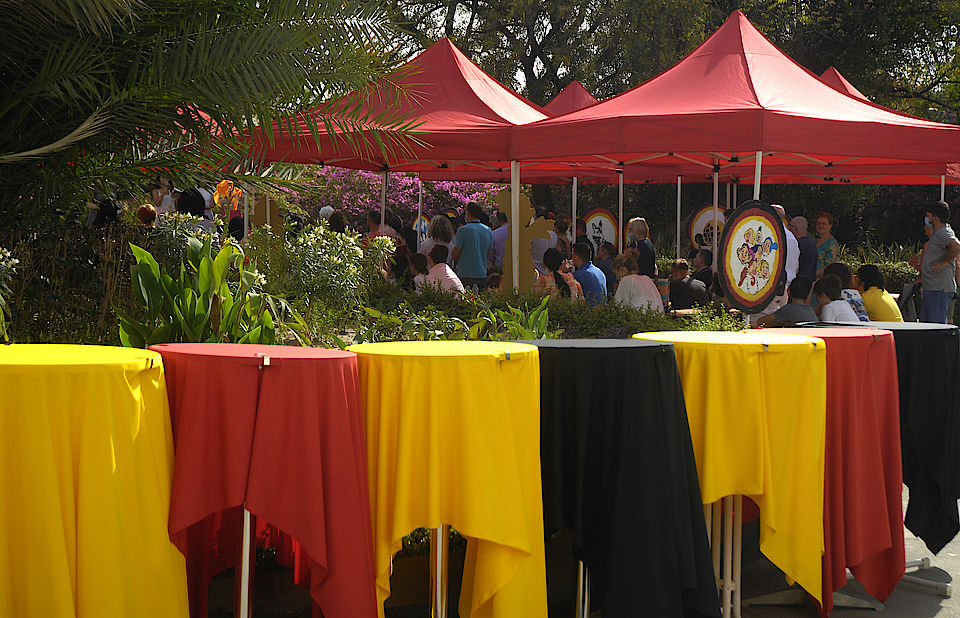 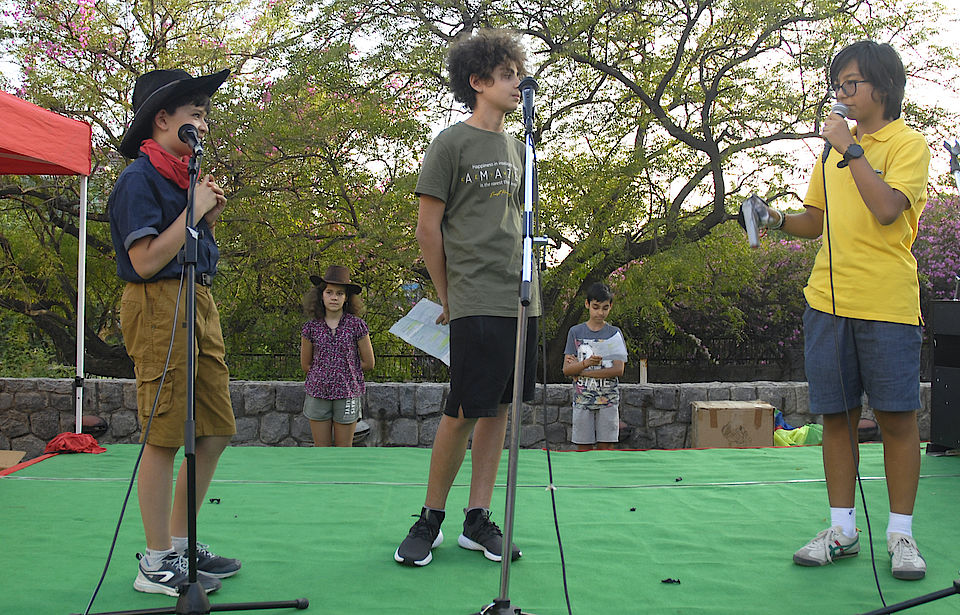 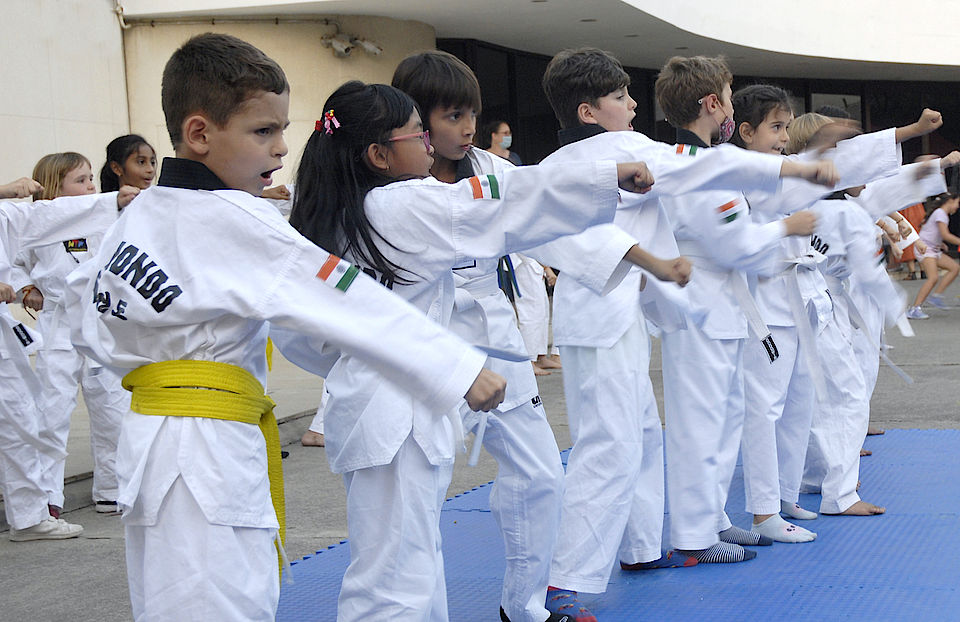 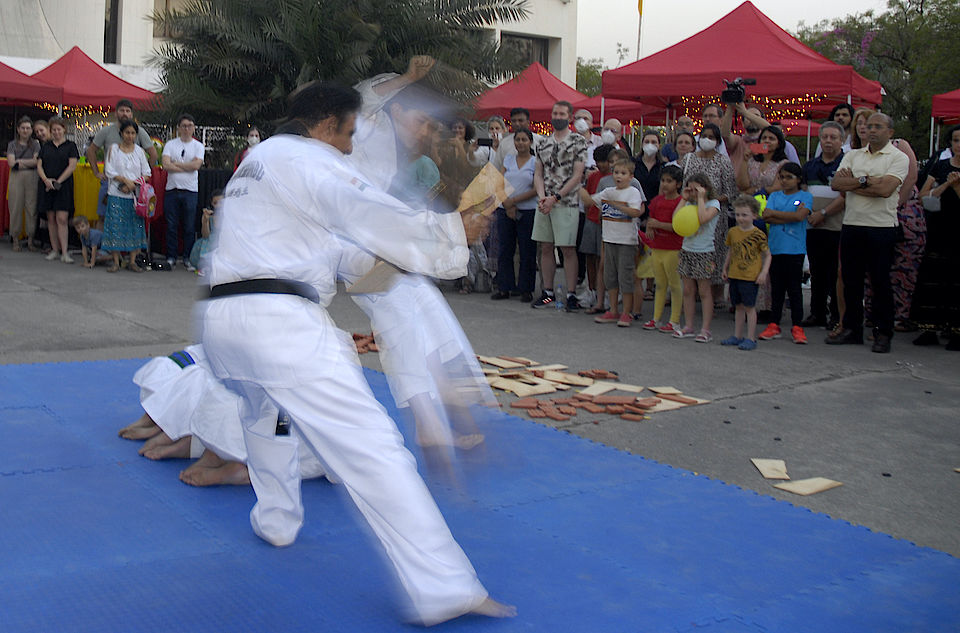 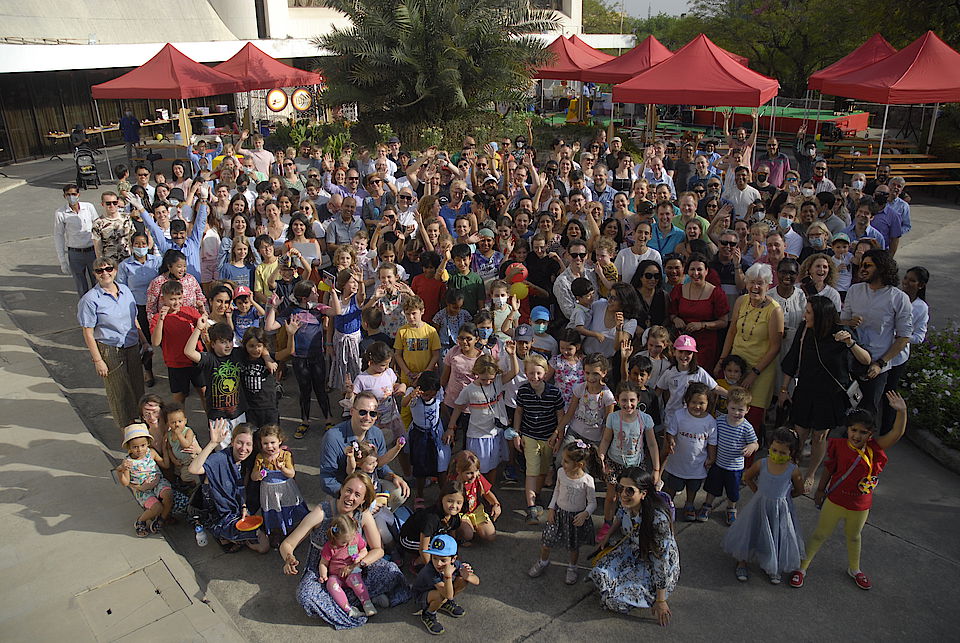 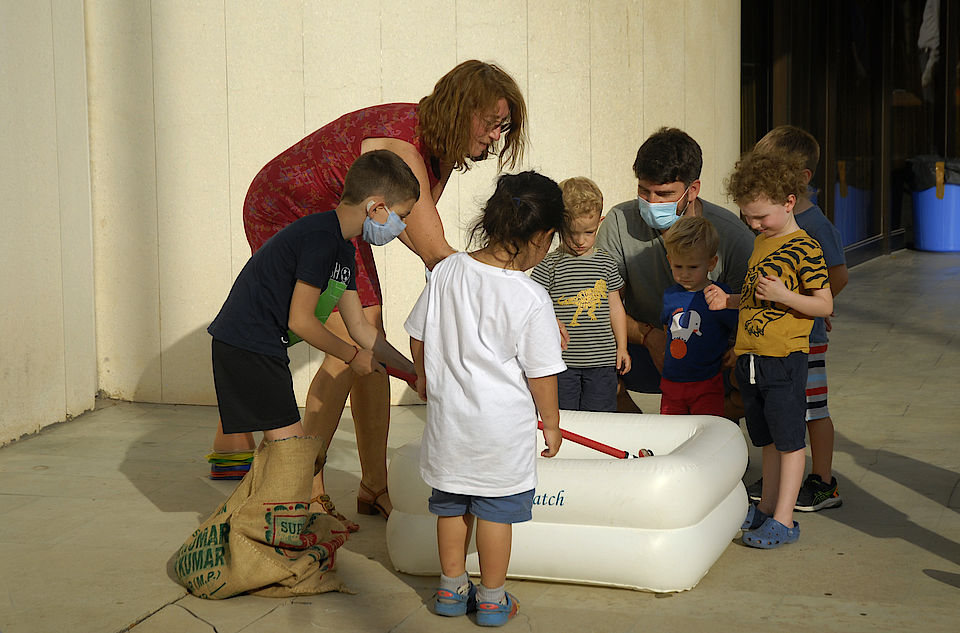 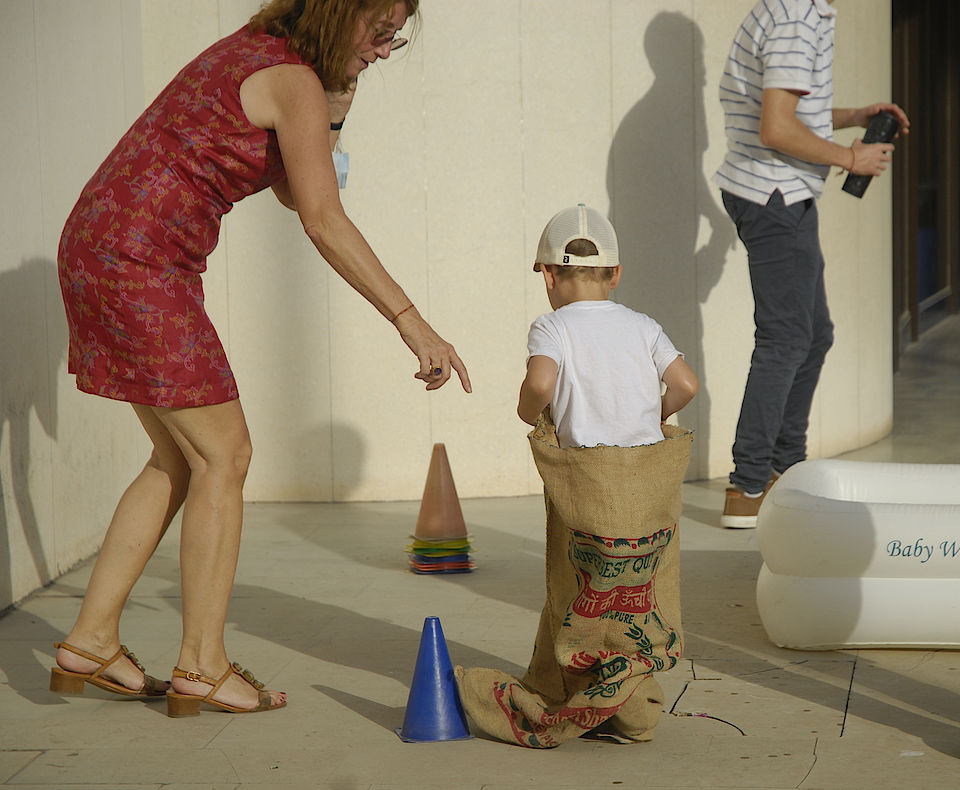 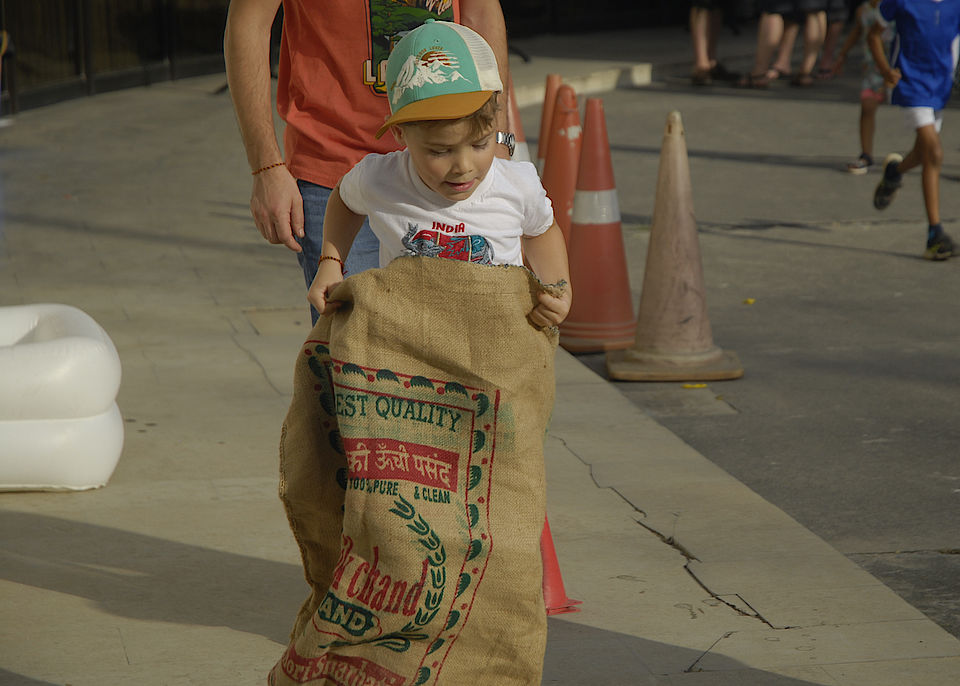 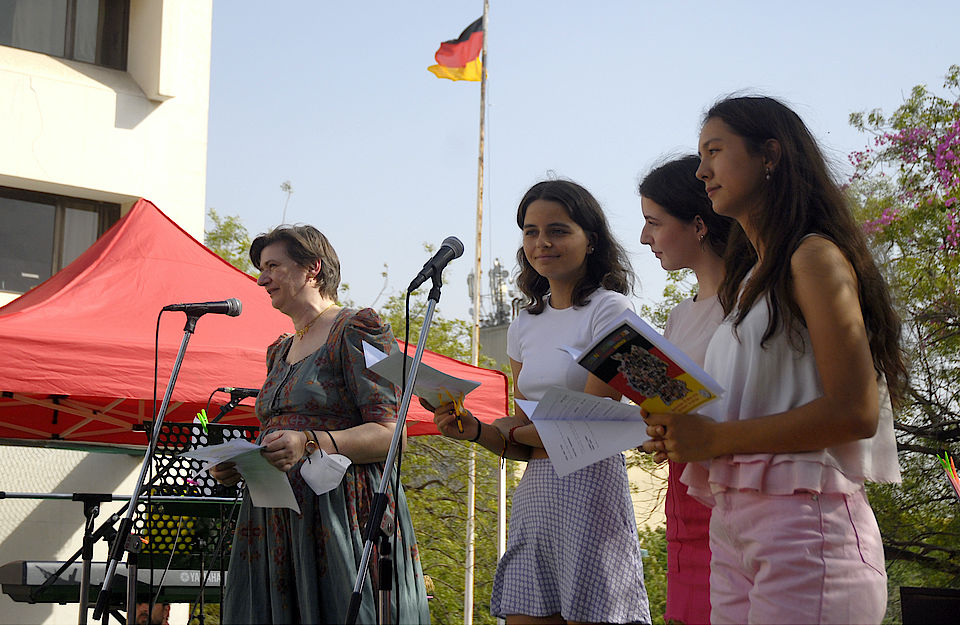 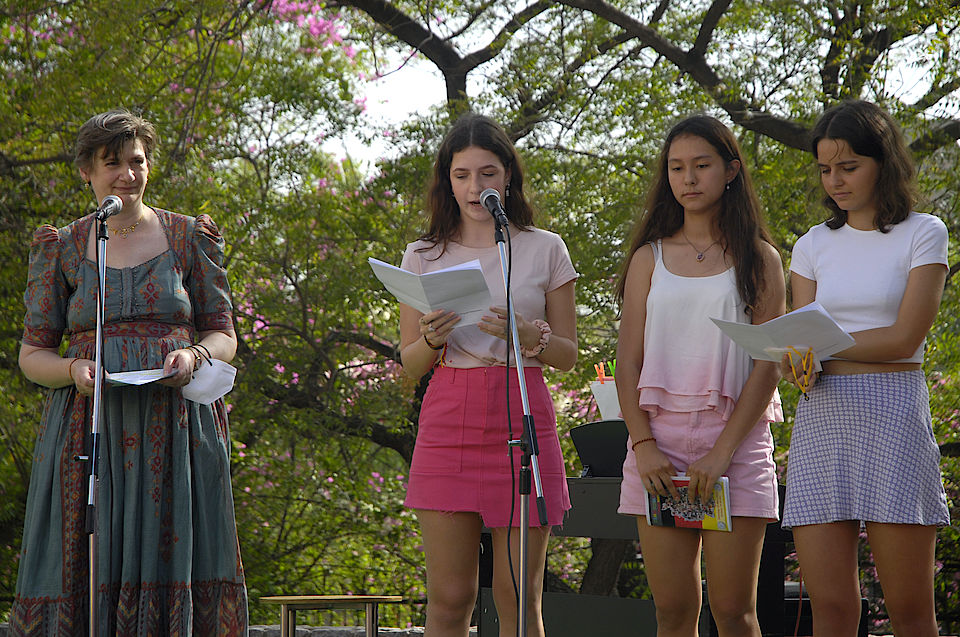 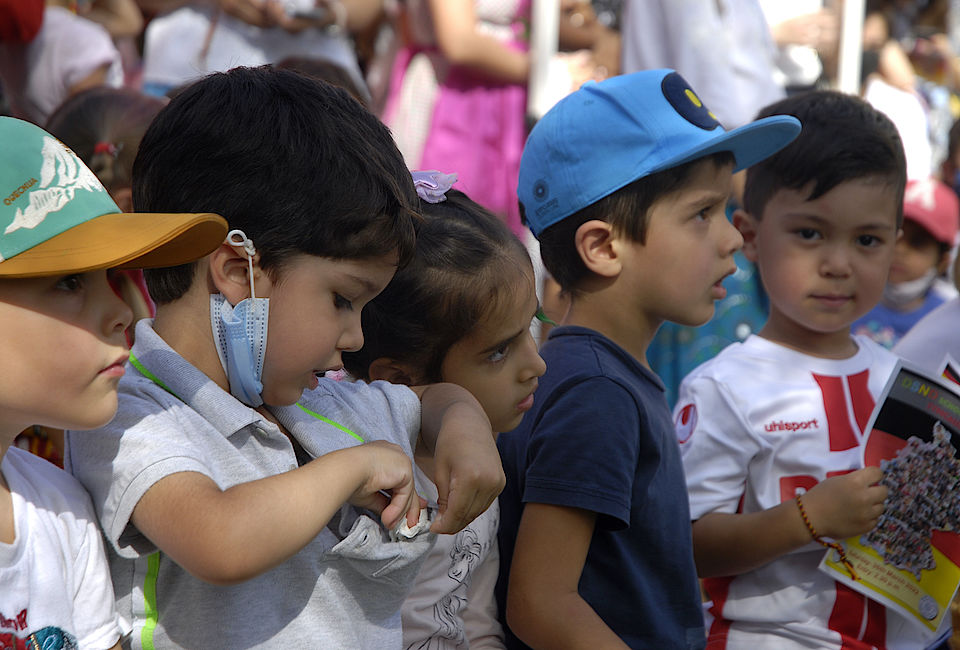 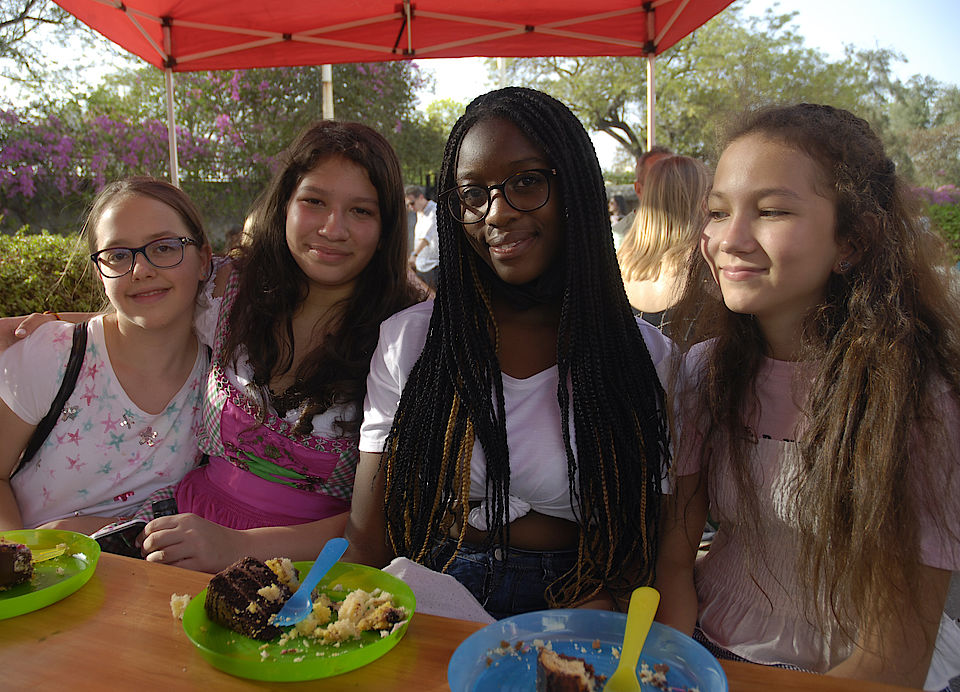 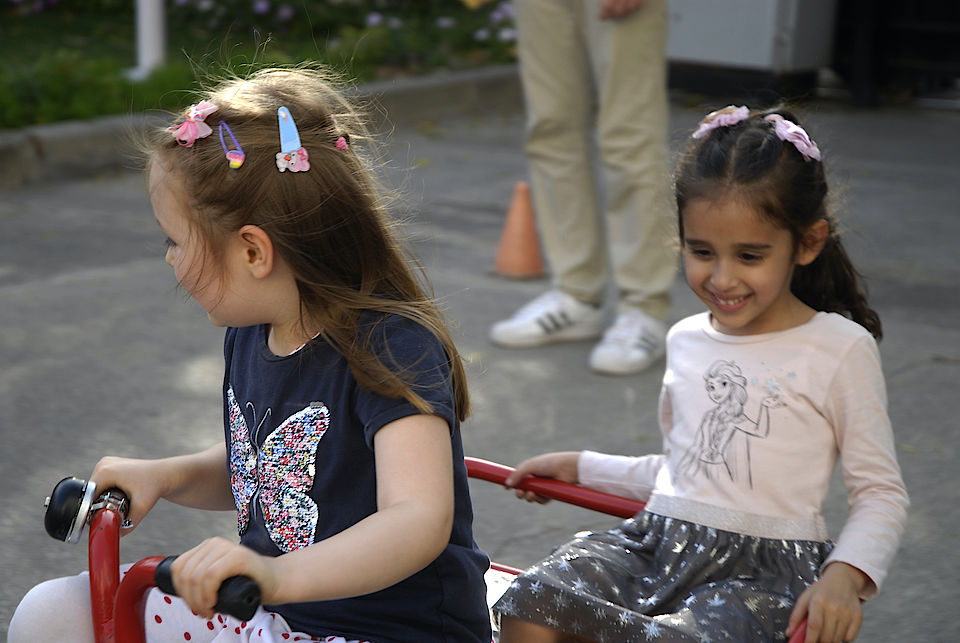 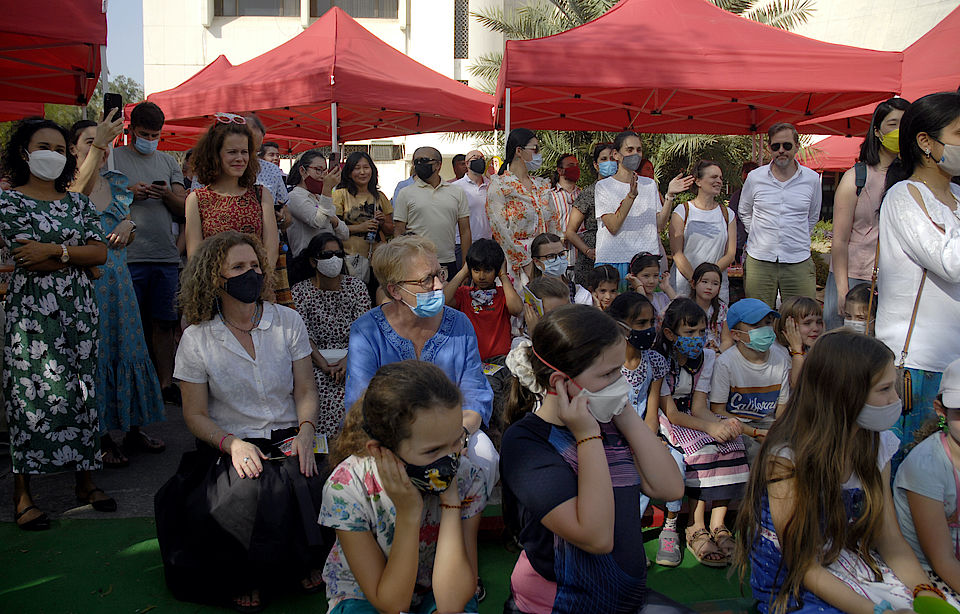 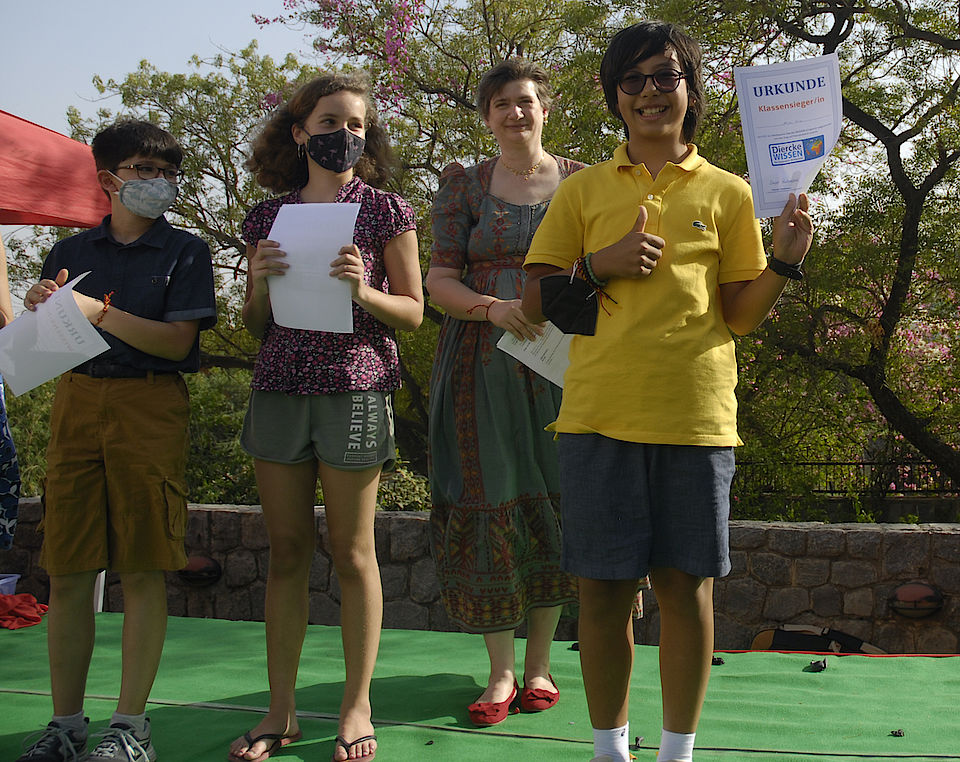 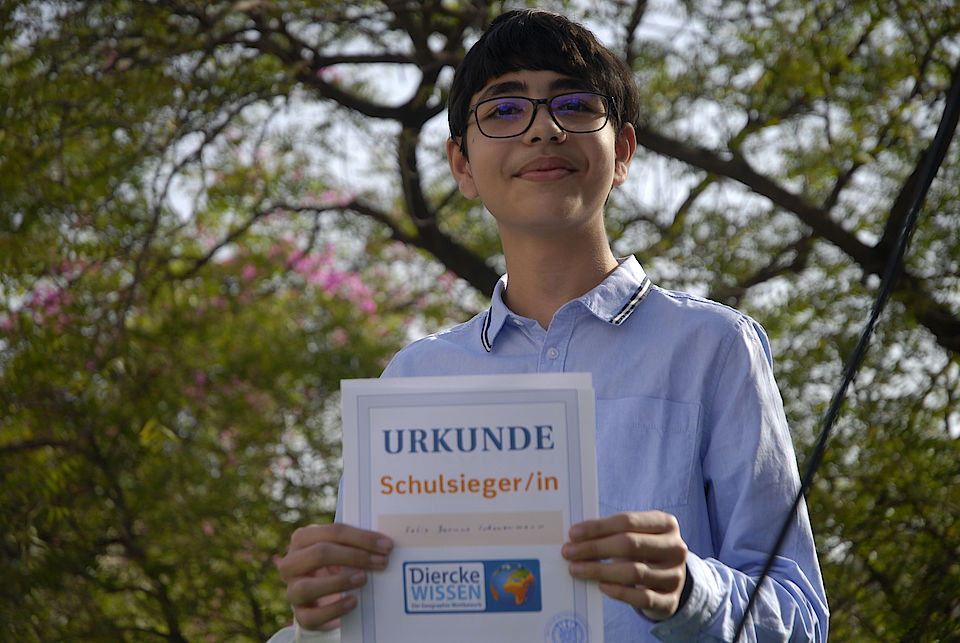 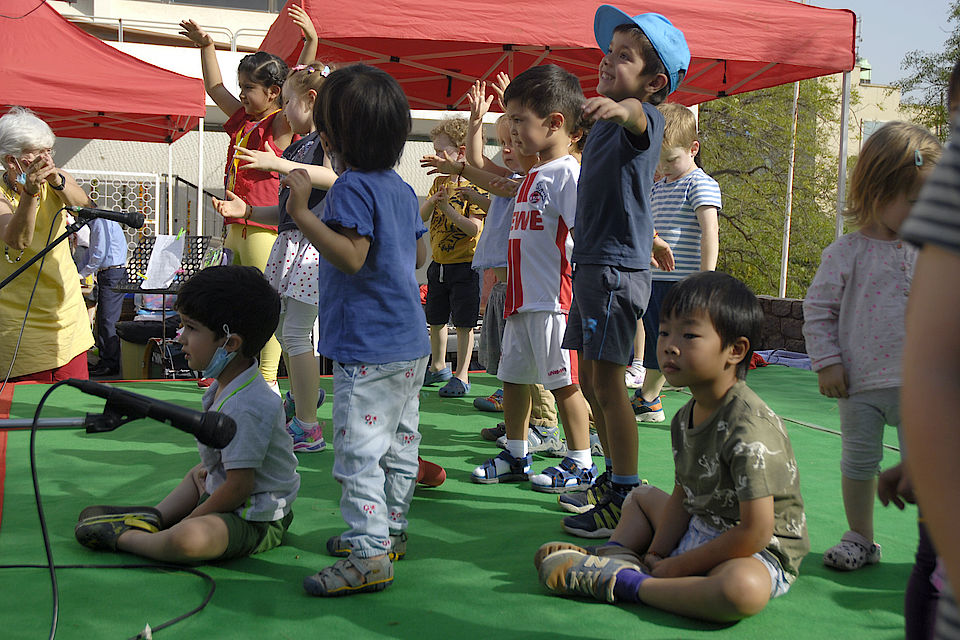 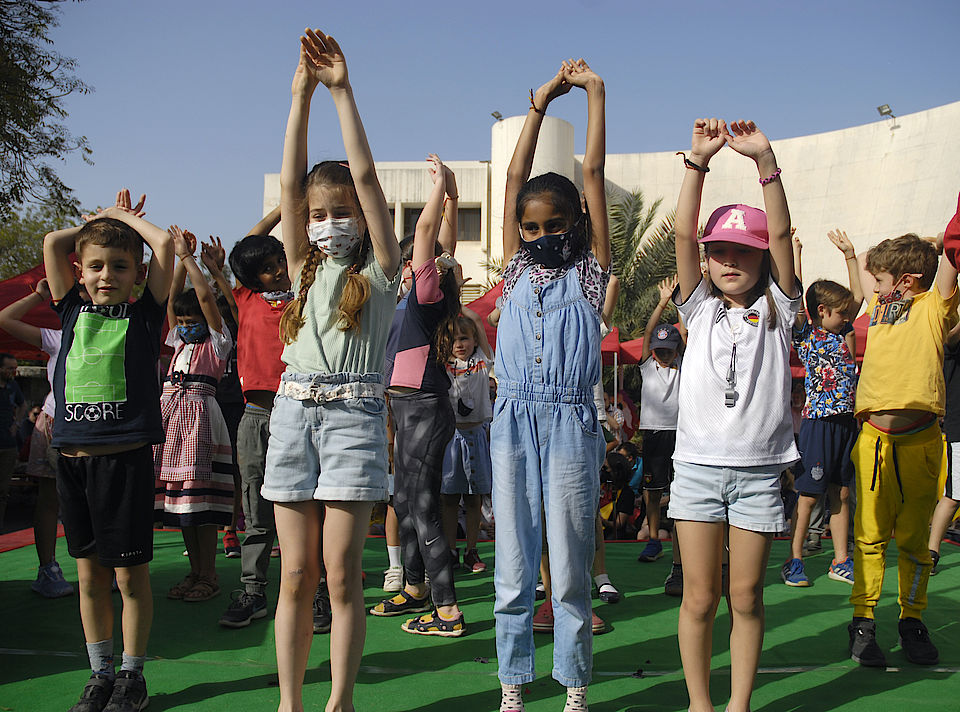