India is celebrating on the 15th of August one of its` three national holidays.

The Independence Day is reminding us at the achieved independence from the British Empire in the year 1947, which marked the end oft he British Colonial Government  and the installation of a new political order.

The primary school wanted to celebrate this special day as well and has received some kites from the parents´council. On Friday we went in the fith period to he playground, where we received the kites. The kites are being manufactured with really thin silk paper, that is being wrapped around a very thing wooden structure. A thin rope or thread is being tight in the center of the surface of the kite. Some of the Indian staff of the DSND demonstrated us how these kites are flying even without a lot of wind. One person is holding the kite straight forward at its´branches, the other one is standing approximately 20 meters away from him.

When the kite is released the other person has to suddenly draw and pull various times on the thread. The pictures are showing how the students of grades 3 and 4 are trying to realize the demonstration by themselves. Some succeeded some others needed some further training. Unfortunately it was raining quite a lot that day , so that the students could not pratice enough. 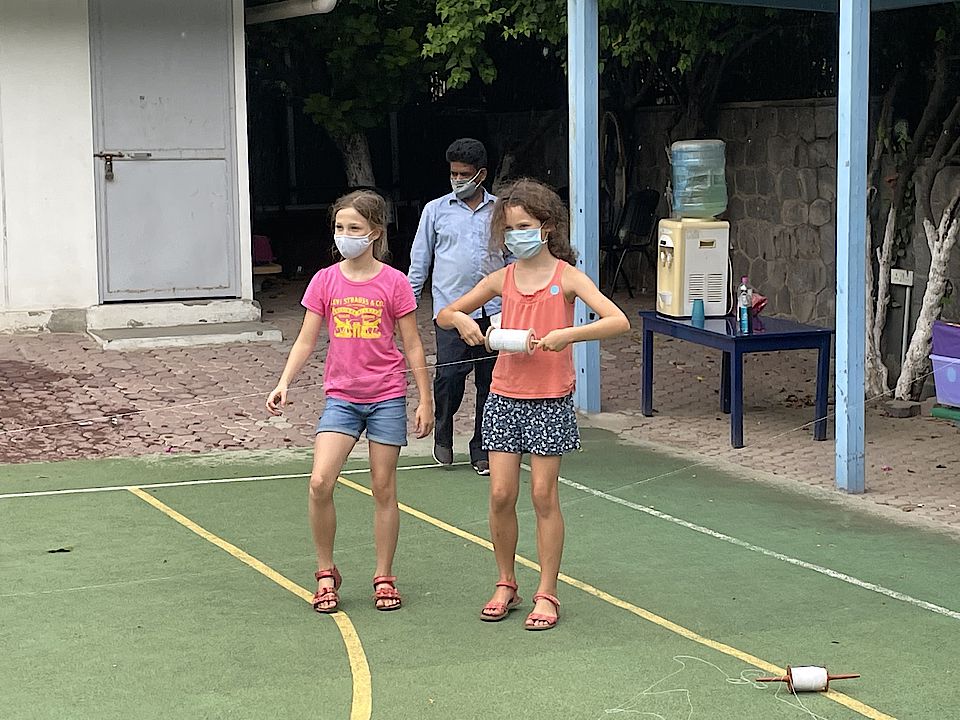 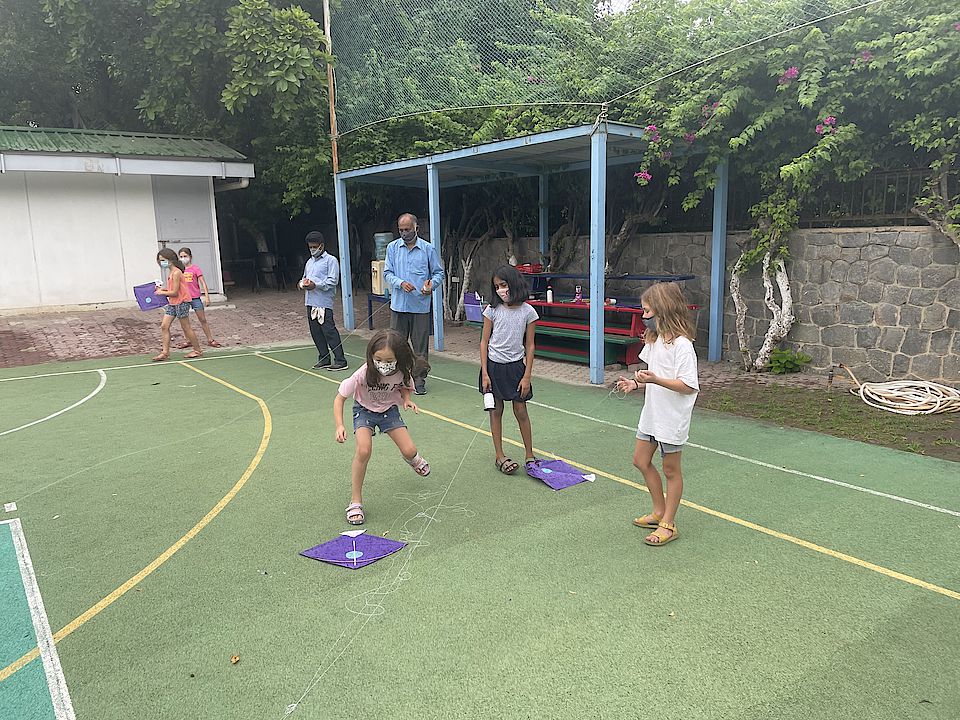 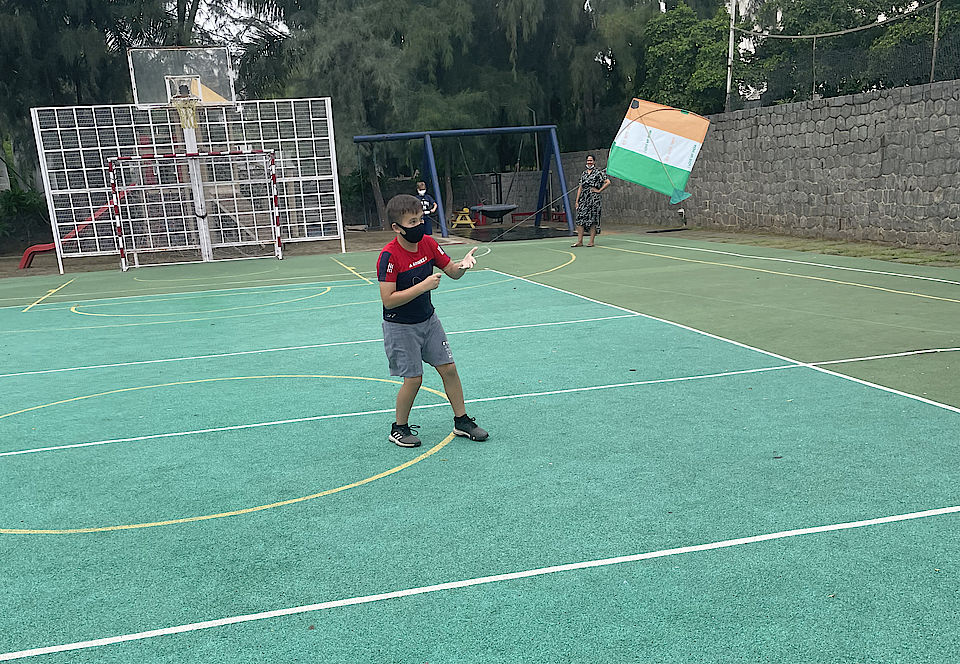 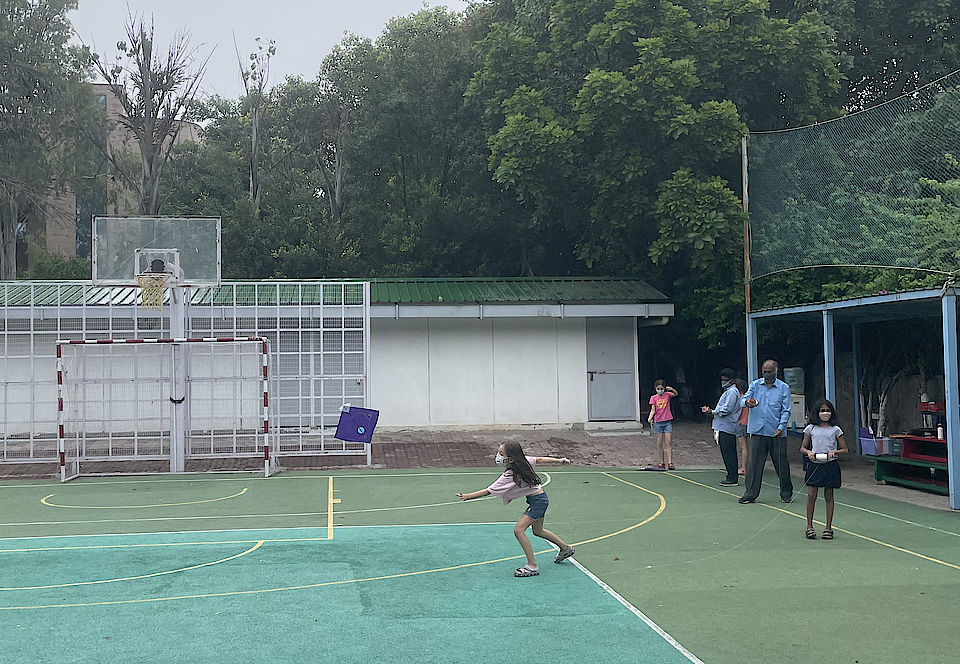